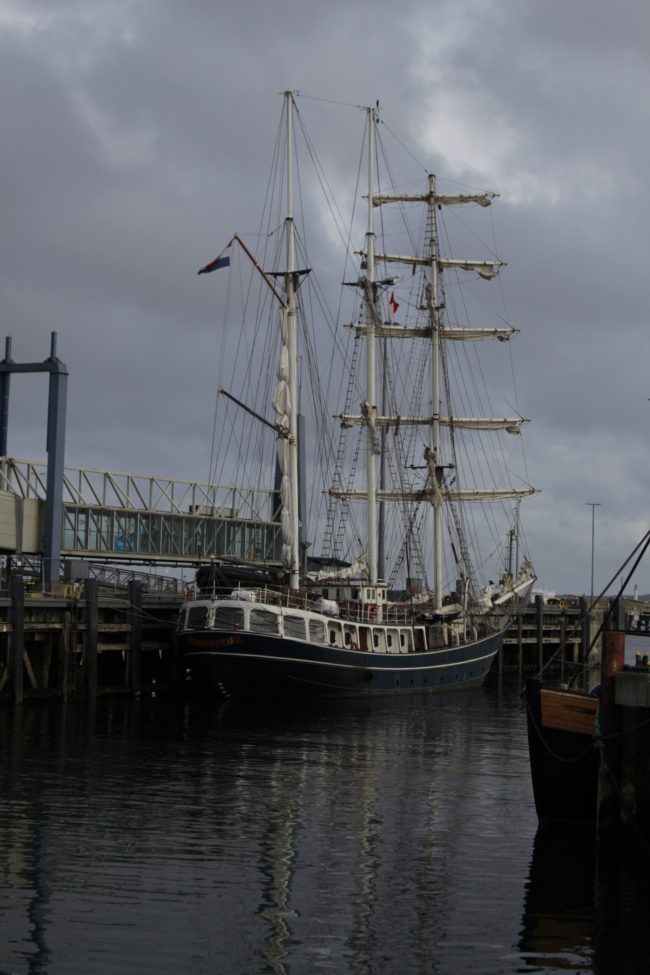 Scapa Flow is a body of water nestled nicely within the various islands of the Orkney Islands. This made it a good spot for the main base of the British Grand Fleet during World War I. Besides, the vikings that seemed to use it for their fleets around a thousand years earlier, would have had good reason to. And just to be sure that the Germans did not send in some u-boats to attack the Grand fleet, they sunk some block ships between some of the southern islands. Nice of them, I think, seeing that that helps being able to drive across to the various islands today.

Eventually, Germany was defeated in the war, and 74 of their ships were interned at Gutter Sound at Scapa Flow. The Treaty of Versailles was meant to decide on what should happen with these ships. Rear Admiral Ludwig von Reuter was getting a bit irritated with the fact that this decision took a but too long. And it seems that he was also being kept in the dark a little. So, after seven months, when, in his opinion, the negotiation period had lapsed (because no-one told him about an extension), he decided that he was not having any of this anymore. And besides, he did not want to see his ships in the hands of the British. In fact, old Ludwig had a good seven months to plan all of this thoroughly. He picked a good day, when the bulk of the British ships were out on exercises, gave the orders, and had his men sink all of the German ships. The British tried to stop this, of course, but because the Germans had been sneakily throwing tools overboard that could have closed hatches, etc, they failed rather dismally.

This, of course, makes Scapa Flow a very popular diving spot. Which also means that, apart from a Rock festival this weekend, the popularity of the diving spots, and the many very ancient tourist sites make the Orkney islands a very popular place to visit. Which means, busy ferries. To the point that the host at our accommodation seemed a bit worried that we had not booked a ferry.

We managed to get onto the first ferry from Gills Bay to St. Margarets Hope. The ferry ride takes about an hour, but of course, it takes a little time to get all the cars, buses and containers on and off the ferry.

We spent the bulk of the day in Kirkwall, and Stromness, the two main villages on the island. The Orkney islands also have a very active farming community, with lots of cattle and sheep dotted around on beautiful hilly green pastures. The towns are quite busy with tourists, and in Kirkwall, you could almost feel the excitement of the younger locals. A rock festival, after all. That must be one of the highlights of their year.

After finding our accommodation on the Northern part of the Main island, we headed back to Kirkwall for some rock music. Whilst the main event of the Rock Festival is on Saturday, most of the bands were playing for free in some of the pubs around Kirkwall.

I do think that the locals were somewhat apprehensive about the two ‘oldish’ spectators with a distinct lack of piercings, tattoos, and unnatural hair colour or length. And at times, we were somewhat apprehensive about the ability of some of the singers, or, at times, their ability to keep sufficient number of teeth in their mouths (you had to be there!). But we did thoroughly enjoy one band, who sang the one song that somehow has become one of the songs that binds our family together.

‘Today is the best day that I’ve ever known’.